Ethereum is an open-source and public platform for creating decentralised online services that work on the basis of smart contracts. The platform is decentralised, based on the blockchain and runs as a virtual machine.

Ether is a cryptocurrency, with the symbol Xi Ξ and with subunits Gwei (10^-9), wei (10^-18), ether, amongst others Ether can be also seen as a fuel to run the Ethereum platform.

Interestingly, according to Joseph Lubin (Founder of ConsenSys and Co-founder of Ethereum), the issuance of ethers is fundamentally different from the issuance of BTC, and ETH “will be issued at a constant annual linear rate via the block mining process. This rate is 0.3 times the total amount of ETH that will be purchased in the pre-sale”.

Ethereum can be seen as the universal platform with the advantage of verification on the blockchain. This is because, when compared to Bitcoin, every transaction on Ethereum not only stores the movement of value but also has the code that sets certain logic or conditions for executing the transaction. This also makes the system very flexible.

For example, if you want to buy a watch, then you connect the code of the smart contract to the database of the watch seller and also to the wallet/account. The platform will see the deal as executed, once both parties will receive the confirmation of transactions (both for the watch and money). Notice, that the payment itself doesn’t need to be in ETH.

Unlike Bitcoin, Ethereum has a real person behind it. This person is Vitalik Buterin, a programmer, who chairs the R&D team of Ethereum and constantly modernises the platform. He is also an extremely visible personality in the crypto and blockchain space.

Interestingly, the logo, appearance and some details of Ethereum/Ether could be based on the anime “Castle in the Sky” (Japanese: 天空の城ラピュタ), in which we can see a “magic” mineral with special and extremely powerful properties, Japanese Movie Database. 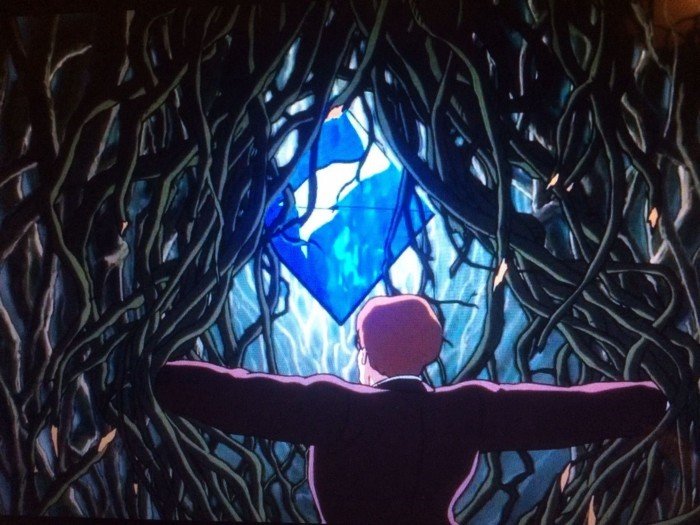 The white paper of Ethereum was published in 2013, and Ethereum was officially publicly announced in 2014 at The North American Bitcoin Conference in Miami, Florida, USA.

The project has been accepted extremely well, and Vitalik and his team have created a non-commercial organization Ethereum Foundation with the mission to “to promote and support Ethereum platform and base layer research, development and education to bring decentralized protocols and tools to the world that empower developers to produce next-generation decentralized applications (dapps)”. The development was financed with the ICO in July 2014, and ether, a cryptocurrency, but essentially a token, was finally issued.

The platform was launched in 2015 and was already fully working in 2016, introducing the protocol Homestead.

The main selling point of Ethereum is (self-executing) smart contracts, introduced by Nick Szabo, who also could be Satoshi Nakamoto.

In very simple words, smart contracts execute operations of the type if — then

// Execute these statements if <condition> is TRUE

// Execute these statements if <another condition> is TRUE and

The code is in C++ and Python of course, while Ethereum mostly uses Solidity language.

For our example of buying the watch (notice that you’re buying it with cash or any fiat/cryptocurrency, not necessarily with ETH!), when and if your watch seller receives, for example, crypto or fiat in the agreed amount from you, he or she will get an automatic confirmation and proceed to the shipping of the watch to you.

Ethereum, as a platform, provides solid (and extremely flexible) basis for this task, also producing the highest level of functionality. Using smart contracts, the platform supports the transactions and even legal formalities in the digital world.

Now after you have received the watch, let’s say you want to insure it. This, again, could be done in a very automated, effective and efficient way by using smart contracts without the middle party.

Generally, we can immediately see huge potential in legal, insurance, financial and other industries. This way the system becomes faster, cheaper, more transparent, more efficient and more secure than the traditional systems.

The main advantage is that Ethereum is extremely flexible, so the system can be easily upgraded, changed or modernised. The platform is universal, supporting different languages and algorithms.

Another strong point is the clear direction of the project and the clear leadership of Vitalik.

Vitalik’s defines the project as:

“Ethereum is a decentralized platform that runs smart contracts: applications that run exactly as programmed without any possibility of downtime, censorship, fraud or third-party interference”.

In my opinion, the documentation is not always 100% precise.

The most serious problem is that Ethereum has a massive scalability problem, as the system is not currently very fast (around 20 tps).

The next disadvantage is that there is the possibility of human errors i.e. smart contracts cannot be perfectly designed (e.g. DAO hack).

Next important point is that Bitcoin has a fixed total supply of BTC 21million (and Bitcoin’s block rewards halve every 4 years), while Ethereum’s issuance of ether is capped at 18 million ether per year, means that, while BTC is deflationary, ETH is strictly inflationary. This is not a disadvantage by itself but depends on the view of the investor/user.

According to Ethereum’s team:

“According to the terms agreed by all parties on the 2014 presale, issuance of ether is capped at 18 million ether per year (this number equals 25% of the initial supply). This means that while the absolute issuance is fixed, the relative inflation is decreased every year. In theory, if this issuance was kept indefinitely then at some point the rate of new tokens created every year would reach the average amount lost yearly (by misuse, accidental key lost, the death of holders etc) and there would reach an equilibrium.”

Before we start looking at the main factors that drive valuations, both fundamental and technical ones, let’s try to look ex-post at the big picture and the fundamental role of Ethereum in crypto in 2015, 2016–2017 (boom phase) and 2018 (crash/correction).

In my humble opinion, and any reader can disagree, is that the huge bull run of cryptos is correlated (and caused to a significant extent) with the growth of the Ethereum platform. It’s is Ethereum platform that helped so many new projects to be built on top of Ethereum, which raised funds and increase the market cap of crypto (and the one of ETH too) — both directly and indirectly.

It is exactly the time when Homestead came out, Ethereum properly started, and ICO boom happened, as a huge percentage of ICOs in these years were based on the blockchain of Ethereum.

Now, after the correction, and looking forward to Ethereum’s version Serenity and later Metropolis, investors can judge the valuations. It’s is not the technical charts (in USD) that will fundamentally determine the fate of ETH, but the Serenity’s plan to solve scalability problem (from moving from PoW to PoS in order to reduce costs and power consumption of supporting the network), and also to decrease the risk of 51% attack (when 51% of ETH could belong to the same owner) and other very strong and fundamental milestones in Serenity and Metropolis.

Another hugely important factor in crypto space is the behaviour of the market participants, which immensely influences both the ETH and crypto market in general.

For a typical tech-savvy long-term HODL investor, the main and first driver of Ethereum to monitor is the present and forecasted future usability of the platform. There is a strong (and almost linear) correlation btw the returns (strictly speaking the rise in price) and the growth of fundamental infrastructure and development in the ecosystem. This will fuel the price long-term, and not the technical charts, expressed in USD.

Many people see Ethereum and Bitcoin as competitors. This is only partially true.

Ether is cryptocurrency in the Ethereum ecosystem, basically a token (or fuel) used for smart contracts, while Bitcoin has the main function as a payment method. I think it’s correct to call ethers as “internal currency”.

Another difference is that Ethereum is a much more flexible network, than Bitcoin: for example, regarding the consensus mechanism, while Bitcoin uses Proof-of-Work protocol, Ethereum can potentially switch to a Proof-of-Stake one (which may be done with its Serenity release). Generally, it’s much easier to change or update Ethereum.

Next differences are around the block times i.e. the times for miners to find a solution and write (generate) the next block. Bitcoin has expected block time of 10 minutes, while Ethereum somewhat usually between 10 and 19 seconds, means Ethereum can allow records (blocks) to be written quicker, so it can process transaction faster.

Major direct competitors of Ethereum also include the NEO (“Chinese ETH”), Cardano and EOS; more information can be found in the linked articles.

Investors, that consider an investment in Ethereum, might pay close attention to EOS and to a slightly lesser extent to Cardano and to NEO.

Ethereum has higher (absolute) valuation and potentially less (relative) upside, scalability problems, but Ethereum’s strong sides are: already working flexible platform, a huge community, a strong and healthy projected growth in the user base in the next couple of years at least and potentially less downside volatility/risk.

NEO’s strong side is also the fact that it has very good ties to the local market, including regulation, which is extremely important in China.

Cardano, on the other hand, has a very ambitious roadmap and relatively higher risk/potential and eventually longer holding period/investment horizon