Hashgraph supports decentralised applications, and it is based on an asynchronous Byzantine-Fault Tolerance (aBFT) consensus. In this protocol, the network keeps honest consensus (as long as less than 1/3 of the nodes are malicious), which makes the system attack resistant and secure.

A simple explanation of Hashgraph

It is the brainchild of Dr Leemon Baird who is the Co-founder, CTO and CSO (Chief Science Officer). Dr Baird holds a PhD in Computer Science, holds various patents and is an author of multiple academic journal publications.

The other co-founder is Mance Harman who is currently the CEO, covering operations and management.

Baird and Harman have worked together at Trio Security, and later at BlueWave Security. Generally, the leadership team (currently around 10 employees) and advisors have strong experience and education.

The team has the opinion that the crypto market needs fundamental adaptions in order to evolve, progress and be used in real life.

In order to achieve this, the team needs to solve 5 problems.

“Distributed ledger technologies (DLT) are disrupting and transforming existing markets in multiple industries. However, in our opinion there are five fundamental obstacles to overcome before distributed ledgers can be widely accepted and adopted across every industry and geography. In this paper we will examine these obstacles, and discuss why Hedera hashgraph is ideally suited to be the world’s first massadopted public distributed ledger, supporting a vast array of applications.” From the Whitepaper. 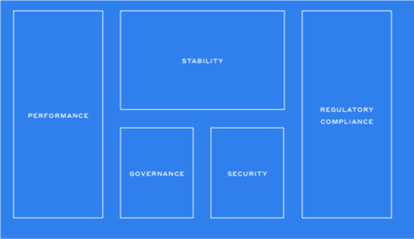 According to Baird et al (2018), below are the following 5 problems:

Hashgraph technology is the data transfer system based on a decentralised protocol. In blockchain, information is stored in blocks, and each block n depends on the previous block n-1, hence these blocks form a single chain, as the name describes — blockchain. In hashgraph, the participant can also create a transaction, but the information is stored differently when formulating a specific event. Furthermore, there is no need for hashgraph to have a proof-of-work, which makes it less expensive as a system for the participants. This allows it to be faster and more efficient. 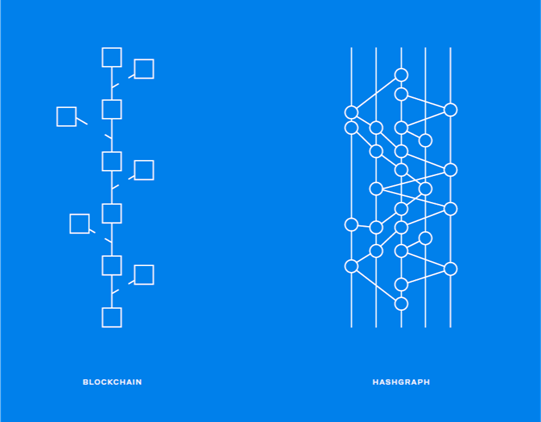 The Hasgraph consensus algorithm is described in detail on the SWIRLDS HASHGRAPH where the Hedera’s co-founder Dr Leemon Baird wrote in the past. 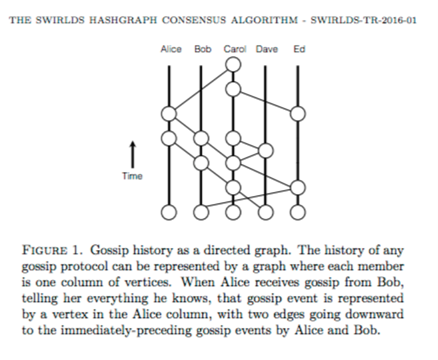 There are several elements that should be highlighted:

Taking a closer look at the architecture, the business model and how the project will attempt to solve all the 5 problems described above.

The structure of the platform is shown below: 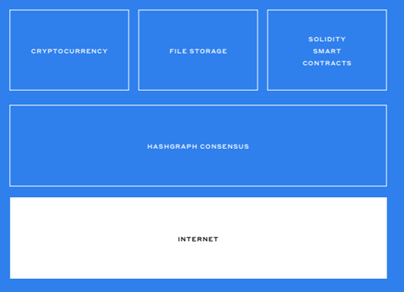 On the bottom, there is Internet Layer. Every computer is connected via the Internet to the platform.

In the middle of the architecture, there is a Hashgraph Consensus Layer, which basically ensures that everything works fast, secure, fair and safe. The nodes take transactions from the participants or clients and share them to (or actually through) the network with a gossip protocol. All nodes run the hashgraph consensus algorithm.

Above there is a Service Layer, which consists of a cryptocurrency, a file storage for DAG and smart contracts, which are written in Solidity (the same language used for Ethereum contracts).

Generally, the main points here are the speed (= low fees and the possibility to use it for small transactions) and the gossip protocol (consensus).

According to Hedera, in a gossip protocol, after transactions, nodes share info with other elements.

“Using a gossip protocol, nodes efficiently and rapidly exchange data with other nodes in the community. This automatically builds a hashgraph data structure using the novel “gossip about gossip” protocol. This data structure is cryptographically secure and contains the history of communication in a community. Using this as an input, nodes run the same virtual-voting consensus algorithm as other nodes. The community reaches consensus on the order and timestamp without any further communication over the internet. Each event is digitally signed by its creator.” From the Website.

So “consensus” (if we use the same language of the blockchain) could be reached quicker and less expensive.

In Hashgraph confirmations are based on the following idea:

“Hedera Hashgraph has the strongest level of security possible in this category, which is asynchronous Byzantine fault tolerance (aBFT). The platform is the only distributed ledger technology that has formally proven this quality. Achieving this level of security at scale is a fundamental advance in the field of distributed systems. Hedera guarantees consensus, in real time, and is resistant to Distributed Denial of Service (DDoS) attacks, an area of vulnerability for some public ledger platforms.” From the Whitepaper.

Also, there is a requirement 2/3 nodes need to confirm a transaction.

Interestingly there is no “normal” or typical roadmap. We can see the “The Roadmap to Scale” in the whitepaper in 4 steps (but, unfortunately, without any timeline): 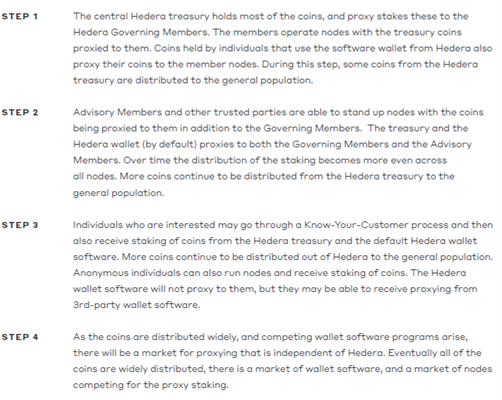 Cryptoeconomics | The Roadmap to Scale

Talking about payments and fees, users pay fees to use the ledger. As the network is fast and there is no need for an expensive proof-of-work, fees should be much lower than in the platforms today, that use blockchain. 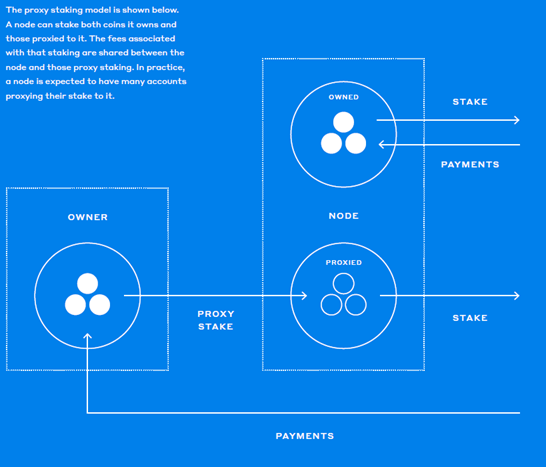 Node fee is the only commission that is not set by Hedera. The fee is basically from the client to pay for the node to submit the transaction and has to be paid directly to the node that was requested to process the transaction. 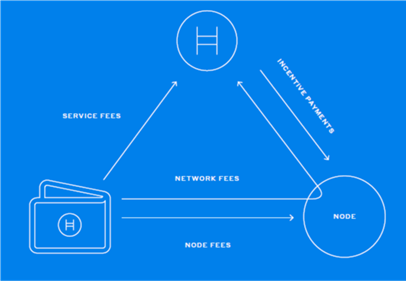 As a user, trader or HODLer, if you spend time researching the documentation, you can be intrigued and this new technology and slightly confused. The technology seems to be revolutionary, with a strong team having an original idea.

Additionally, if the aBFT consensus algorithm capable is secure, and be attack resistant that does not require expensive proof-of-work is a plus. Evidence of this is the recent tests that show very high output (up to 500k tps), low latency, means it is highly scalable.

Finally, the new governance structure, described above, gives a reassurance that everything can be properly executed (but will this add complexity?).

The whitepaper is not clear and the idea is confusing. Potential users need to spend hours and hours to understand the concept, the details and the application specifications. Furthermore, this project to be properly understood requires higher technical education.

The complexity of the Hedera Hashgraph materials should be addressed, there is a need for a good presentation deck, together with the whitepaper and explaining the hashgraph consensus algorithm.

Another point I am personally quite sceptical about is the governance model, and especially the proper execution of independencies of 39 governing bodies. Next point is that the governing council of 39 organisations means a relatively high degree of centralisation, especially if we are talking about it in the context of other blockchain and other related projects.

Finally, the project can be described as a high-risk one since all the 5 solutions are not properly described.

Hedera has raised over $100m up to date; funds are held mostly in fiat from the risk management (and accounting) perspective in order to hedge out crypto volatility and to secure capital to run the business for the coming years. 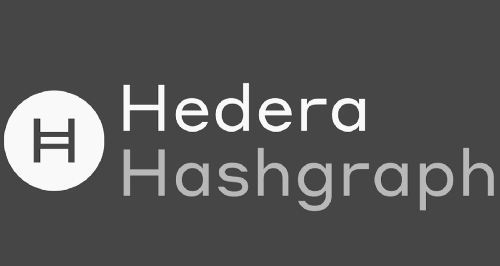 There are several other projects out there but neither of them is considered to be a direct competitor. The following make use or plan to use the directed acyclic graph technology that Hedera Hashgraph is using.

The closest projects that are regarded to be of competition are:

IOTA: a protocol is a Distributed Ledger Technology developed by the IOTA Foundation,

Nano: Digital currency for the real world — the fast and free way to pay for everything in life; and